Today local and international activists joined families affected by last week’s demolitions in the Palestinian community of Fasayel in the occupied Jordan Valley as they planted 300 olive trees on their land. At around 5pm a group of 25 Palestinian and international activists joined 10 families whose homes were destroyed last week by the Israeli military (see article and video). The group planted olive trees for nearly 3 hours, putting down new roots in defiance of Israel’s brutal attempts to ethnically cleanse the village. Many of the trees were labeled with the names of Palestinian villages destroyed during the 1967 occupation, a symbolic act meant to connect the history of ethnic cleansing in Palestine to the ethnic cleansing taking place today in Fasayel.

On June 14, 2011, the Israeli army destroyed the homes of 18 families in the village of Fasayel. The families have been without shelter for over a week now, and have still received no meaningful aid. While several families have left the area, many others have remained steadfast on their land, and are determined to rebuild their lives. 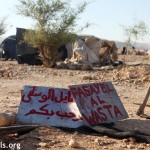 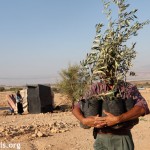 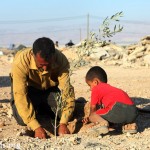