This morning at about 9am the Israeli army entered the village of Izbat Al Tabib with construction vehicles and began to build a large barbed wire fence along the side of the village separating it from highway 55 which runs parallel. The International Solidarity Movement joined with men, women and children from the village in attempting to peacefully resist the construction but were violently beaten back by the army who used stun-grenades and pepper spray, resulting in the hospitalisation of one man and the arrest of another. Throughout the day more and more military and police arrived until by the afternoon demonstrators were outnumbered by a ratio of about 3:1. Despite the protest of the village, the army succeeded in building approximately 200 metres of fence, containing and isolating the village with an ugly and imposing wire structure and annexing their agricultural land. It is unclear at the moment whether the army will return to expand the fence further into the village land.

This is the second time this month that the Israeli military has violently entered Izbat Al Tabib, injuring and arresting those present. On 1st May the military entered the village with a bulldozer and other heavy machinery and began to level land for the fence. As the villagers and internationals protested the invasion, the army beat and arrested three ISM activists and threw a 60 year old woman from the Michigan Peace Teams to the ground, breaking both of her wrists and causing a head injury. The army then returned during the night a few days later and evicted internationals from a protest tent that the village had erected on the proposed site of the fence construction. They confiscated the tent and the property that was inside it and raided three houses in the village, detaining those inside and destroying property.

Izbat Al Tabib is located east of Qalqiliya in area C of the northern West Bank. It was built in the 1920s and is home to 247 inhabitants. Due to its location, Izbat Al Tabib is extremely isolated: it is the fifth poorest village in the West Bank and villagers have already lost 45% of their land to the illegal annexation wall. Farmers are forced to apply for permits to access areas of their land which are located near to the highway, however these are rarely given and when they are it is only to one farmer at a time.

The village was notified on 3rd April of the Israeli Civil Administration’s plan to build the fence under the pretext of preventing stones being thrown from the village onto passing cars. The village filed a compliant against this decision but it was rejected. The village Major Bayan Tabib says

“This was an arbitrary decision meant to isolate the village and part of the Israeli effort to take it over. Israeli forces have threatened more than once to displace our people.” 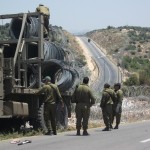 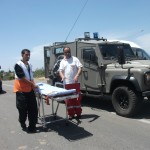 Ambulance arrives to treat the injured 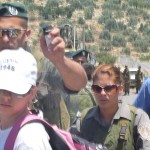 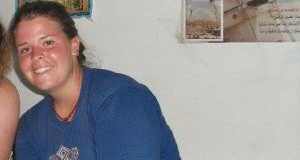 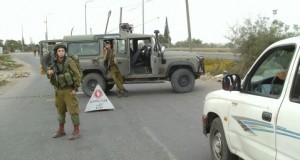