New
Home / Reports / Family of 20; women and children, locked up for 11 hours without food or water in latest Awarta raid

Family of 20; women and children, locked up for 11 hours without food or water in latest Awarta raid

In the latest military raid in the village of Awarta, south of Nablus, 20 members of the Awwad family were forced to sit outside in the cold for four hours, guarded by soldiers, before they all were locked inside one room for another seven hours. During the whole time, no one was allowed to eat, drink or go to the toilet, and two women were taken to hospital as a result.

The Israeli army came to the home at 2 o’clock Monday night, waking the sleeping family by throwing sound bombs through the windows. According to family members, after the soldiers had entered the house, they forced everyone to go outside, shouting the orders through a megaphone. The extended family consists of 20 people, 14 of whom are children, one a 75 year old man, one a pregnant woman and one a young mother with a baby. They were still in their pajamas when they were forced outside and made to sit on the ground until 6 o clock in the morning. The soldiers then arrested Hassan Awwad (39), and Salah Awwad (33), and completely destroyed the homes from the inside.

Zahwa Awwad (27), is six months pregnant. After sitting outside in the cold for four hours, she felt pain in her back and womb and she started to bleed. At 8 am, she called her doctor. The doctor, who was afraid the woman was having a miscarriage came directly, but was not allowed to go inside the home until 9.30 am. Nouf Salim Hassan Awwad (37), suffers from diarrhea, caused by traumatic stress syndrome which she got after being brutally arrested together with her husband Mazen Awwad and their 16- year- old daughter Julia Mazen Awwad last Saturday. Nouf was released on Monday morning, however her husband and daughter and her two sons George and Hakeem, who were arrested on Thursday, remain in Israeli custody. When the army occupied her home on Monday, Nouf was not allowed to go to the toilet or to drink for nine hours, causing her to become dehydrated. When the doctor finally got access to the family, he was prevented from treating Nouf or giving her anything to drink. He called for an ambulance to take Nouf and Zahwa to hospital however the ambulance was prevented from reaching the women for a further hour and a half. The women were eventually allowed to leave for the hospital only after Nouf had lost consciousness.

By the time the soldiers left the family’s home at 1.30pm, the family were hungry and dehydrated. During the 11 hours that they had been captive, one woman had tried to sneak to the kitchen to get some food for her hungry son, but a soldier had pointed his gun at her and forced her to put the food back and return to the room. The crying mother of a baby who was only weeks old told international activist minutes after she was released that she had not been allowed to feed her child during the whole time the family was guarded by the soldiers. At lunchtime, the Israeli soldiers had been brought food which they ate in front of the hungry children who started to cry.

International activists who came to the house just minutes after the Israeli Army had left witnessed the devastation: “Everything there is to destroy has been destroyed, there is nothing left.” ﻿Windows, mirrors and photo frames had been smashed, as well as the TV, wardrobes and beds which were tipped over and broken. The washing machines were made useless, school books were ripped into pieces and thrown outside the window, in the garden a tree had been uprooted, there were several holes in walls, floor and ceilings and several doors had been broken and left with big holes. The floor in one of the rooms was completely covered with broken glass, dangerous for the small barefoot children.

At the same time as the Israeli Army stormed the home of the family in Awarta, they arrested Noman Awwad (40), Jasid Awwad (26) and Nooh Awwad (30) from their homes in Ramallah.

Howaa Awwad, mother and grandmother, sad and upset, said: “The problem is not that they destroy our homes, the problem is that they put our people in prison.”

During the last month, Awarta has been put under curfew no less than six times, following the murder of five members of a family in the nearby illegal Israeli settlement of Itamar. Hundreds of homes have been raided and destroyed by the Israeli soldiers, more than 600 people have been detained or arrested, including elderly, women and children. Several people have been hospitalized after being beaten and kicked by the soldiers or bitten by the dogs.

No one knows when this is going to stop, and since the Israeli courts have issued a gag order on the investigation into the murders in Itamar, the media is prevented from reporting any details of the ongoing military operation. Proof that any Awarta resident is involved in the murder of the Fogel family on 11th March has yet to be made public. ISM activists that have been present in Awarta since the first five days of curfew claim that the last month of military harassment is a clear case of collective punishment of Palestinian civil society and is not connected to investigating the Fogel murders. 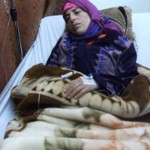 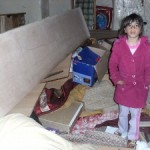 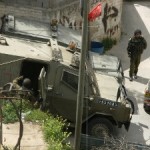 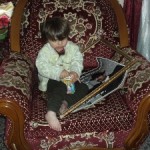 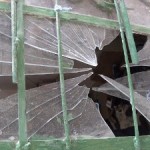 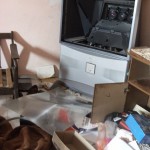 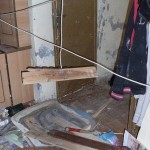 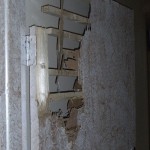 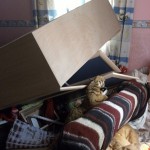