On 27th January, 20-year old Oday Maher Hamza Qadous was killed by settlers whilst farming between the villages of Burin and Iraq Burin, just south of Nablus. According to family sources, the Palestinian youth was alone and gathering wood when settlers – most likely from the nearby, illegal settlement of Bracha – shot Qaddous once through the chest, with the bullet entering his right shoulder and remaining lodged beside his left lung. Sources say that it was over an hour before an ambulance was able to reach him, and he was pronounced dead-on-arrival at the hospital. There was evidence that he was also beaten: his face was covered in blood, and a left-rib broken. Doctors concluded he died of surgical emphysema as a result of the gun-shot wound. 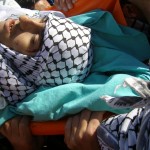 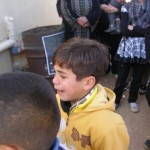 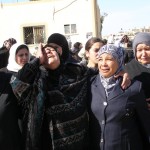 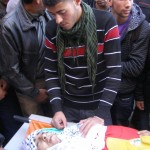 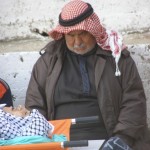 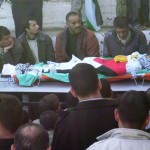 The funeral for the deceased was held the following day in the village of Iraq Burin, and was attended by around 500 people from the villages and surrounding areas. A large police presence followed the procession, which lead from the Rafidia Hospital in Nablus – where the body was being held – to the village. No clashes were reported to have followed the ceremony.

This tragedy comes less than a year after his younger brother, 16-year old Mohammed Ibrahim Qadous, was killed by the Israeli Occupation Forces in the same region of the West Bank.

One year after killings: Iraq Burin continues its struggle