Amnesty International has urged the Israeli authorities to end their harassment of Palestinian human rights activists after a well-known campaigner in Haifa was jailed for nine years and given an additional one-year suspended sentence earlier today.

Ameer Makhoul, a longstanding Palestinian activist, was convicted on various counts of having contact with enemies of Israel and espionage after a plea bargain agreement at his trial. He was originally charged with an even more serious offence, “assisting an enemy in war”, which could have carried a life sentence, but that was dropped by the prosecution when he agreed to a plea bargain.

“Ameer Makhoul’s jailing is a very disturbing development and we will be studying the details of the sentencing as soon as we can,” said Philip Luther, Amnesty International’s Middle East and North Africa deputy director.

“Ameer Makhoul is well known for his human rights activism on behalf of Palestinians in Israel and those living under Israeli occupation. We fear that this may be the underlying reason for his imprisonment.”

“We are also extremely concerned by allegations that he was tortured and otherwise ill-treated following his arrest on 6 May last year in a dawn police raid on his home in Haifa, by the fact that he was not permitted to see his lawyers for 12 days after his arrest, and by the gag order that prohibited media coverage on the case during this time.”

Under the Israeli penal code, people can be charged with “espionage” even if the information passed onto an “enemy agent” is publicly known and even if there is no intent to do harm through passing on the information.

The prosecution claimed that a Jordanian civil society activist who Ameer Makhoul was in contact with was a Hizbullah agent, and that he gave this person information on the locations of a military base and General Security Services offices.

The confession on which Ameer Makhoul’s conviction and sentencing were based was admitted as evidence by the court, despite allegations that this statement was made under duress and that he was tortured during his interrogation. It also appears that the information allegedly conveyed by Ameer Makhoul was publicly available.

Ameer Makhoul’s sentencing comes at a time when human rights activists are coming under increasing pressure in Israel and being accused by some in the government and by members of the Knesset of being “anti-Israel” and unpatriotic because of their reporting on and campaigning against human rights violations in Israel and the Occupied Palestinian Territories.

Ameer Makhoul is the director of Ittijah, the Union of Arab Community-Based Associations, based in Haifa. 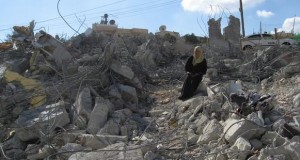