CJPME: Canada to withdraw its funding to UNRWA

Canadians for Justice and Peace in the Middle East

Last week, the government of Canada quietly announced it would discontinue its long-standing financial contributions to the United Nations Relief and Works Agency (UNRWA), and redirect the monies to strengthen the judicial system of the Palestinian Authority and other food assistance programs. The news came out as UNRWA launched a special fundraising campaign to collect millions of dollars needed to support programs in the occupied Palestinian territories.

UNRWA provides assistance to 4.67 million Palestinian refugees scattered throughout the Middle East and administers programs in the areas of education, health and other social services in 59 Palestinian refugee camps. The agency operates solely through donations from various organizations and governments. It is currently under severe financial duress due to the increasing number of Palestinian refugees, the deterioration of their socio-economic level, unemployment and food insecurity.

“Canada’s decision to cut funds to UNRWA and its essential programs is very worrying and could have important consequences for Palestinian refugees,” stated Thomas Woodley, President of CJPME. “Reducing the capacity of UNRWA will terribly undermine the quality of life for these people. Canadians must respond to this announcement and protest against this radical break from traditional Canadian values of compassion and humanitarian concerns,” added Woodley.

Canada is the seventh largest donor to UNRWA and contributes on average 15 million dollars annually via the Canadian International Development Agency (CIDA), which is currently overseen by the Minister of International Cooperation Beverley Oda. Several groups believe that the decision of the Canadian authorities to stop its support for UNRWA is more than just a desire to reallocate the money more effectively. It could reflect an intention to have the UN agency completely disappear. “There are groups who seem to think that if UNRWA were de-funded and disappeared, the refugees would disappear too. This is a deluded fiction,” said UNRWA spokesman, Chris Gunness.

Canadians for Justice and Peace in the Middle East (CJPME) is a non-profit and secular organization bringing together men and women of all backgrounds who labour to see justice and peace take root again in the Middle East. Its mission is to empower decision-makers to view all sides with fairness and to promote the equitable and sustainable development of the region. 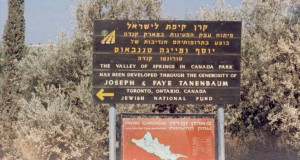 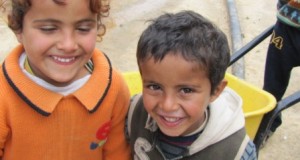 “I only have you to count on.”