Friday, 21 August 2009 at 12:30pm: A demonstration will be held against the new cement construction of the Wall in the West Bank village of Ni’lin.

Israeli forces have begun placing 8 meter high cement blocks, in place of a fence that was built before. 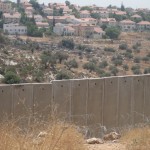 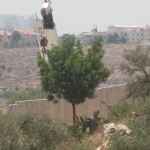 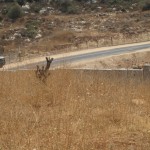