April 11th 2009 marked the 6th anniversary of the shooting of British ISM activist Tom Hurndall by Israeli occupation soldiers that lead to his death 9 months later. It wasn’t possible for ISM volunteers to enter the Gaza Strip for several years due to the clampdown of the Erez crossing, so this was the first time ISM activists managed to commemorate the anniversary in Gaza itself.

Last October, in the occasion of the release of a new television drama based on the killing in Gaza of Tom Hurndall (’The Shooting Of Thomas Hurndall’, Channel Four Television), Amnesty International has renewed its call for justice for Mr Hurndall’s family. 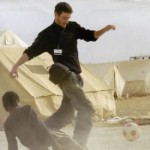 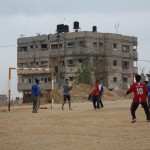 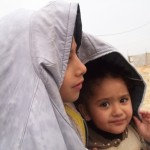 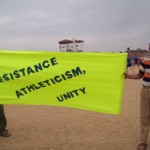 A memorial banner for Tom Hurndall 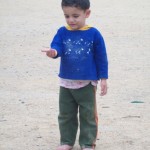 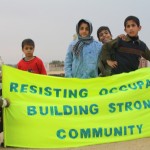 A memorial banner for Tom Hurndall

Even before the recent onslaught, the human rights organization has described a situation where Israeli military forces kill civilians in Gaza with ‘near-total impunity’ – and while Mr Hurndall’s death has led to the conviction of one Israeli soldier on manslaughter charges, Amnesty insists that this was almost solely due to the determination of his family rather than the Israeli military authorities’ own efforts to see justice done.

The shocking truth is that Israeli soldiers kill civilians in Gaza with near-total impunity, week in week out. Tom Hurndall’s family have fought hard to achieve justice over his tragic death but the general position is one where independent investigations of civilian killings almost never happen and where the process itself lacks independence and impartiality. Where, exceptionally, an individual Israeli soldier is held responsible for a civilian death or injury, typically no-one further up the command structure is ever held accountable.

Because of the daily Israeli attacks against civilians in Gaza Strip (despite the “ceasefire”) ISM activists had to continue their work even during that very special day. Since early in the morning some of the activists continued monitoring the Israeli Navy aggressions against Palestinian fishermen. Later ISM Gaza Strip held a meeting with farmers of Khoza’a village, to discuss about the Israeli attacks and the accompaniment by international activists.  In the nearby village of Faraheen several ISM activists along with journalists visited also a handicapped Palestinian farmer woman who had broken her leg the previous day, while trying to escape from Israeli gunfire.

We think that continuing our work it was the best way to commemorate Tom’s sacrifice and what he would want. But of course we wanted to do something special. Because some of us have actually worked on the case of Tom just after his shooting and others it was then when we first heard about ISM and we were inspired by Tom and Rachel. So, after this long day, we organized, with the help of local sportsmen, a football match in Yibna refugee camp, the Rafah neighborhood were Tom was shot while trying to rescue Palestinian children from Israeli gunfire. Who knows, maybe some of these children were now watching the match, despite the rain. In any case it was amazing to see Palestinian children of …all ages, to be able to play in a place where 6 years ago they couldn’t reach without being shot. We felt that Tom’s (as well as Rachel’s) sacrifice had somehow contribute to that. And while watching the match the images of the Rafah players were mixed with that image of Tom playing football with a kid in a refugee camp in Amman…