On February 26th, one youth was killed and two seriously injured when a landmine, leftover from Israeli military training in the area, exploded near the town of Tubas in the northern West Bank.

The landmine exploded around 3pm, as the three boys were walking home from school in the fields east of Tubas. Fifteen-year-old Jamal Abdel Nasser Al-Fuqaha was killed in the blast, and 16-year-old Mohammed Khalil  Al-Fuqaha and his 17-year-old cousin Munir Khalil Al-Fuqaha,  were injured and taken to Rafidia Hospital in Nablus. Munir who received shrapnel wounds to his head, face, chest, right buttock and left leg, and Mohamed who suffered severe psychological damage  as a result of the blast, but no physical injuries. 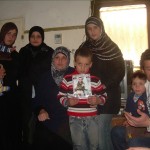 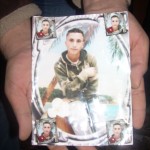 The fields east of Tubas are often used by the Israeli military for training exercises. According to the Palestine News Network, dozens of Palestinians have been injured from landmines left behind by the army in the Tubas region.