On Monday 22nd of December, the people of Sheikh Jarrah, together with international and Israeli activists, returned for the second time to Um Kamel’s former house in Talbieh to express her right of return. 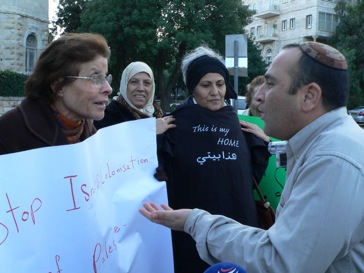 Around 50 people took part in the non-violent demonstration at 3pm to protest in the streets about Um Kamels eviction from her house in Sheikh Jarrah. 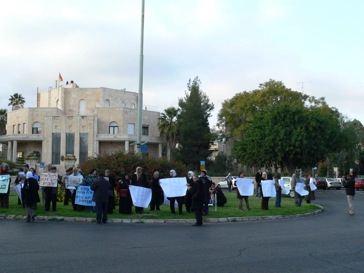 “I have two choices, either to push for a return to my house in Sheikh Jarrah or claim my right to my land in the Palestinian neighbourhood in Talbieh. This is my right and I will claim my right”, Um Kamel said. 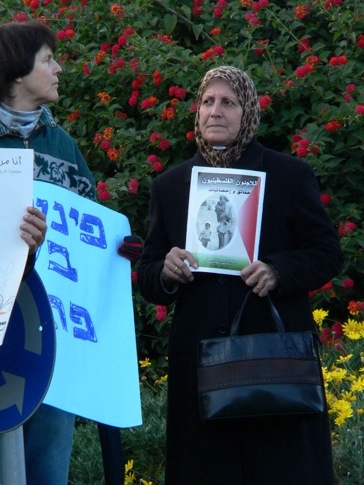 The demonstrations lasted an hour during which protesters displayed posters, banners and tried to reach by-passers with Um Kamel’s message. Some of the banners said; “This is our land, our home”, “No to ethnic cleansing in Jerusalem” and “End the occupation – free Palestine”. Flyers were distributed to passers-by containing information about the protest tent in Sheikh Jarrah and concerning the nature of the demonstration. 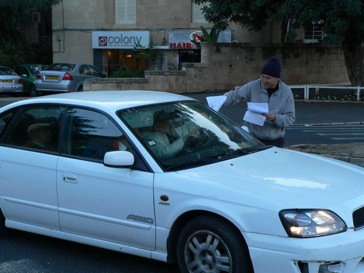 Once again Um Kamel called upon the international community to put pressure on Israel to stop the continuing colonialisation of East Jerusalem. “We are experiencing small steps forward as even the children say they want their lands back. But we still need more people to join our struggle”. 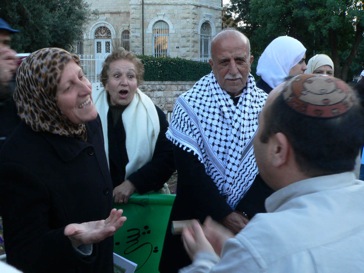 The protest will continue to take place every week from now, bringing the same message to Talbieh and the world; “It’s time for the Palestinian people to live on their own land and in peace”.