Three households were terrorised by Israeli soldiers in the village of Zawata on Friday night, 7th November. 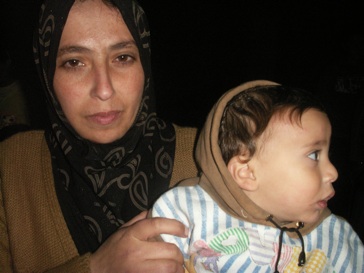 At least twenty Israeli soldiers from the nearby military base at Shave Shomron stormed through the upper parts of the village on foot – throwing sound bombs and firing at family homes; surrounding houses and forcing families out into the night. Soldiers advised the invasion and terror tactics were a response to the discovery of a few small children burning a tyre on the nearby military road. 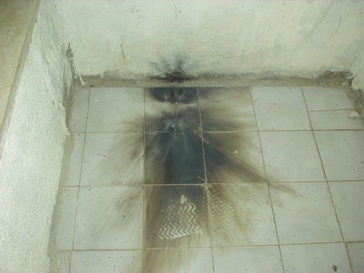 Soldiers entered the village at approximately 5pm, first surrounding the Attaallaa family home. “We were sitting here, with guests – my cousin, his wife and their three children – watching tv when the sound bombs went off; two at the front door and two at the back”, recounts Ahmad, a 23 year old English teacher. “They [Israeli soldiers] were pointing the laser sights of their guns through the windows. As you can imagine, everyone became frightened. The kids started crying”. The 20 people in the house were then all forced outside at gunpoint, with two of the soldiers pulling aside Ahmad’s elder brother, 32 year old Mohammad who wears a neck-brace due to a recent car crash. The soldiers started beating him, especially attempting to exacerbate his injury by punching him in the neck. The soldiers repeatedly asked Mohammad about “the terrorists”. “Who is the terrorist?”, asks Mohammad. “Who is coming here and making all the kids frightened? They keep talking about terrorism and they are the terrorists”. 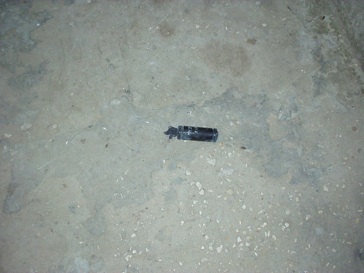 After 30 minutes soldiers left the Attaallaa family, letting them back into their home, taking two of the spent sound bombs with them. “This is strange behaviour for them”, says Ahmad. “They don’t want the world to know about their violent behaviour”.

The soldiers then surrounded the nearby home of Azam Zarifi, where, after firing three bullets into the air, soldiers again threw sound bombs at the house, and stones at the front door, shouting and forcing the 10 family members out of the house. The commander of the unit then threatened that if children from the village go back to the military road, the soldiers would return to the Zarifi family home and beat the entire family, and smash the house. 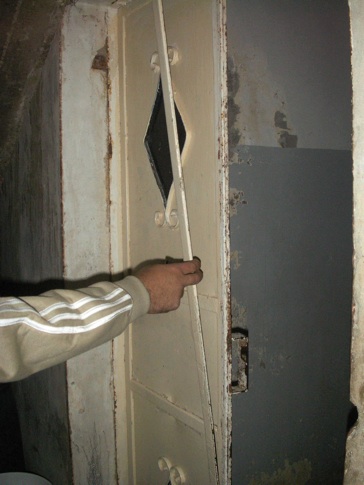 The unit then moved on to the last house on the road, home to the elderly Ahmad Khawalid and his extended family of more than sixty people. There, soldiers shot at the three-storey house, further marking the front wall that is already covered in bullet holes from belligerent Israeli soldiers. The soldiers also threw sound bombs at the doors, and, without waiting for the doors to be opened, kicked them in, damaging them. Soldiers then entered the house, forcing all family members out into the cold night, including 9 month-old Mohammad, who was being bathed by his mother when the soldiers invaded. Regardless of his mother’s pleas, soldiers forced her to carry the baby soaking wet and without clothes out of the house, where they were kept for over an hour while soldiers searched the home.

Ahmad Khawalid was also threatened with return by the soldiers. The commander again threatened Ahmad that should children come near the military-only road again, the soldiers would come and attack his family, beating them and damaging their home.

The Khawalid family have suffered a great deal as a result of the military-only road, which was built on village land in 1997-8. Mohammad Khawalid, nephew of Ahmad, and shepherd, was murdered by Israeli soldiers when he was with his sheep near the road in 2002. He was just 25 years old. Israeli soldiers have also killed a horse and a donkey belonging to the family – shooting the animals as they were driving past the family’s fields that lie close to the road. During the second intifada, the family would suffer daily, as the area was “like a bottle for the Israeli soldiers and resistance fighters”, says Ahmad. Each day the soldiers would shoot at the windows of the house, forcing all of the family out of their home, searching for resistance fighters. “Now it is just when children from the village go up to the road and whistle at the soldiers” – something that happens monthly.

This kind of collective punishment is illegal under international law. As Ahmad Attaallaa recounted: “I said to him [the soldier], if someone sets fire to a tyre on the road, then deal with them. Don’t come to my house and bother my family, scaring them all, making the kids cry”.