Larnaca: Tomorrow at 5:00 pm, the DIGNITY leaves for the third time for the shores of Gaza. This time, eleven past and current members of parliaments of Europe are on board, with Al Jazeera International and The Independent journalists. 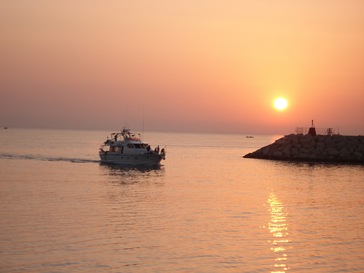 These dignitaries were among the 53 Parliamentarians denied entrance by Egypt at the Rafah checkpoint. “Egypt did not allow us to enter Gaza via the Rafah terminal, but this will not stop us from visiting the area,” Lord Nazir Ahmad, head of the European delegates stated, “We will sail to Gaza, we are determined to break the siege”.

Ms Clare Short MP emphasized, “The Egyptian refusal to grant us access through Rafah Crossing is insulting to all of us, and Egypt should open the crossing now.”

On the past trips, Israel has threatened to stop the DIGNITY, arrest its passengers and tow the boat to Israel. The government has been silent on its plans this time, perhaps out of respect for the dignitaries on the voyage. Members of the two organizations stress that the DIGNITY has no intention of going anywhere near Israeli waters but will enter Gaza through its own coastal waters.

The port authorities have asked media to come between 3:30 pm and 5:00 pm Friday at Larnaca Port to see the boat leave and to conduct interviews.

The passenger list (see below) and biographies are posted at Free Gaza’s website, www.freegaza.org. Photos are freely downloadable here