Israeli settlers torched olive groves in two arson attacks in villages to the south of Nablus on Thursday 18th September, 2008. Approximately 300 trees belonging to the village of Sarra, and another 30 trees belonging to farmers from villages of Burin, Madema and Assira al Qibliya were burnt in what villagers are describing as a co-ordinated attack. 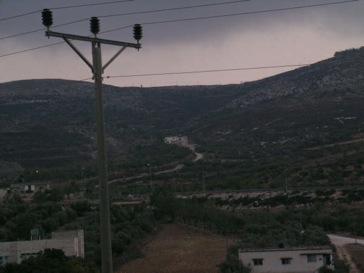 At approximately 10:30am settlers from the Israeli settlement Harvat Gilad reportedly set fire to the land of Sarra, according to communications between Israeli military and Palestinian fire-fighting brigades. Based in Burin, the only fire engine to service 25 villages in south Nablus was called to put out the fire by the Palestinian District Coordination Office (DCO). The firefighters were prevented from reaching the blaze by Israeli police, who detained them for over an hour while the land burnt. Finally, the firefighters were allowed through to access the blaze after contacting the Israeli DCO, the body that coordinates the Israeli military and police activities in the West Bank. While more than 300 olive trees were destroyed by the arson attack, firefighters were able to save more than 400 trees from the blaze. Israeli soldiers stood by and watched the trees burn as firefighters fought to quench the flames, although confirmed the identities of the perpetrators as Israeli settlers from nearby Harvat Gilad settlement. 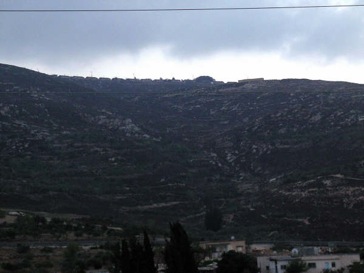 Firefighters returned to Burn in time to attend the fire that was lit in the lands shared by Burin, Madema and Assira al Qibliya, but according to members of the Burin fire brigade, were advised by members of B’tselem human rights organisation who were present at the scene, that Israeli settlers had promised to shoot any Palestinians who approached the area. They also received a phone call from the Isreali DCO who prohibited them from attending. Mayor of Burin municipality, Ali Eid, reported that they called the Israeli DCO also, who advised that they would attend to the fire, but as Ali Eid claims “This was propaganda. They did nothing.” Instead it was members of the Israeli human rights group Rabbis for Human Rights who were fighting the blaze “bare-handedly for three hours” according to the Burin Mayor. Aided by the wind, which kept the fire from spreading throughout the olive groves, the human rights volunteers were finally able to extinguish the blaze, losing just 30 olive trees.

These villages have come under attacks by Israeli settlers increasingly over the past months, with regular attacks on houses, animals, crops and olive groves. As Ali Eid commented 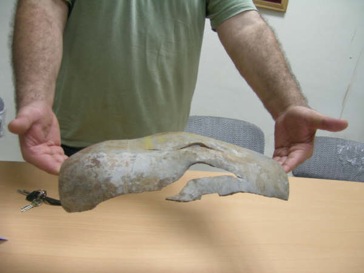 “This {fire} is not the first time; this is the hundredth time.” He and other villagers report that Israeli settlers from the illegal Yitzhar settlement set fire to the trees in the olive groves that border the hilltop settlement with startling regularity. “Every year trees are burnt on this hill’ one villager advised. “These trees are from Roman times; they are ancient. More than 2000 years old.” Indeed, it seems that the fires occur even more regularly than this, with more than 3000 olive trees in Burin burnt just two months ago. Of these, 1000 were ancient. Poring over a satellite-view map of the villages and the illegal settlements, Ali Eid estimates that this year the upcoming olive harvest will take only half the time it should, with more than fifty percent of the trees destroyed already.

Despite the decreased harvest period, people from Burin are still extremely worried about what violence they might face when attempting to pick their olives. Just last week, when settlers from Yitzhar were rioting in Assira al Qibliya, settlers from Bracha settlement to the north-east of Burin, attacked an elderly shepherd, firing live ammunition at him. Whilst the shepherd escaped unharmed, nine of his goats and one donkey were killed in the attack.

Villagers list the most common forms of attack they experience at the hands of the settlers that surround their village: burining trees; poisoning sheep; poisoning entire areas; regular attacks on houses closest to the settlements and burning of electricity and telephone lines (which happened most recently just one month ago). Recently, however, added to this list is a series of rocket attacks from both Yitzhar and Bracha settlements. To date nine rockets have been fired on the village, though all have landed harmlessly in fields. Ali Eid presents the exploded shell of a rocket, launched from Yitzhar towards the village of Odela. Ripped apart by force of the impact, the 3mm thick steel shell bears markings English text – letters “WP” distinguishable amid the rust, suggesting the projectile was not home-made.

“Why they do this we don’t know.” says Ali Eid gravely. “This year women, girls, guys – they all make fire. Why? We don’t know.” He notes, however, that “all the time they {leaders} are talking about peace, the attacks become worse”, referring to the increase in attacks experienced by Palestinian villagers during Israeli/Palestinian peace negotiations.