On Friday 24 September, the last Friday of Ramadan, over 100 villagers from Qusin, Deir Sharaf and international activists gathered to take part in a symbolic prayer on occupied land north of Nablus city. 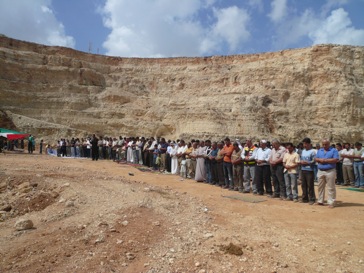 In 2002 Israel confiscated the land from the Abu Shusha family, owner of the quarry in the area where the waste dump is proposed. After rubbish from local settlements around Nablus where deposited on the land villagers successfully demonstrated to have the dumping cease. 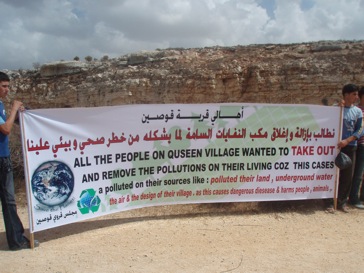 In early September 2008 the Israeli military returned to the land, which is situated below illegal settlements and an Israeli industrial zone, to begin landscaping the area for a larger waste project. Village municipalities were informed that this would include not only waste from local settlements, but industrial waste and rubbish from as far away as Tel Aviv. The land is also above one of the main water reservoirs for the Nablus region supplying 40% of the water for the area. 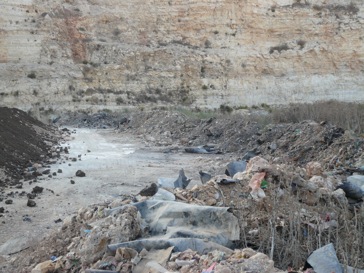 In response to this illegal dumping and the potential ecological and health disasters for the inhabitants due to contaminated water and land, villagers and council members from Qusin and Deir Sharaf participated in a prayer demonstration on the land. A number of Palestinian officials and Palestinian Legislative Council members along with 7 internationals activists also attended the rally. Upon entrance to the site a representative from the DCO was sighted, however, fortunately the demonstration passed peacefully with no injuries or army presence.

Villagers and supporters are planning further demonstrations in the area until the illegal dumping is stopped as part of the peaceful resistance to the Israeli occupation. With the encroaching Apartheid Wall eating up much of the Palestinian lands, expanding settlements around the West Bank and violence at the hands of both settlers and the army this is yet another tragic example of the continuing Nakba inflicted upon the local Palestinian population. 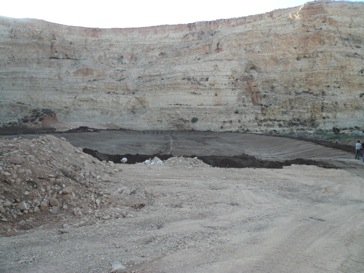