New
Home / Press Releases / Israeli navy to Gazan fishermen: “When the internationals leave Gaza, you will all be made to pay”

Israeli navy to Gazan fishermen: “When the internationals leave Gaza, you will all be made to pay”

Gazan coastal waters, Gaza, 17:00 Wednesday 10th September 2008 – At high speed an Israeli gunboat rammed a Palestinian fishing vessel. The gunboat smashed through the upper hull, careened over the top of the fishing boat, and landed on the other side. 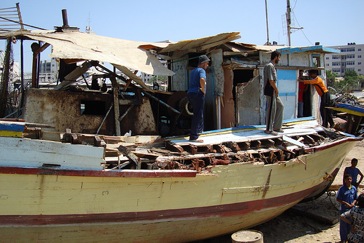 Extensive damage was caused to the fishing boat. The hull was badly damaged, virtually the entire deck area, all the equipment on it, and the canopy above the deck were severely damaged. Unusually all of the crew happened to be in the cabin and at the fore at the time. Had they been on deck they would have had little chance of survival. 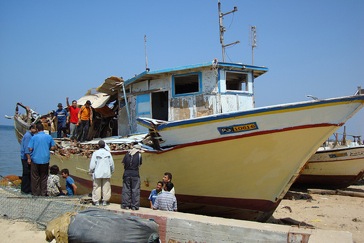 Via a megaphone, the gunboat crew then made the threat that ‘When the internationals leave Gaza, you will all be made to pay.’

Human rights observers from the International Solidarity Movement and from the Free Gaza Movement, have recently been accompanying Gazan Fishermen during their work. The fishermen are constantly harassed, threatened and attacked by the Israelis who in flagrant violation of international law and maritime law, have been attempting to impose a no – go area 6 miles off Gaza’s coast through employment of lethal force. Incidentally and not unusually, this attack happened within the so-called ‘permitted’ area. 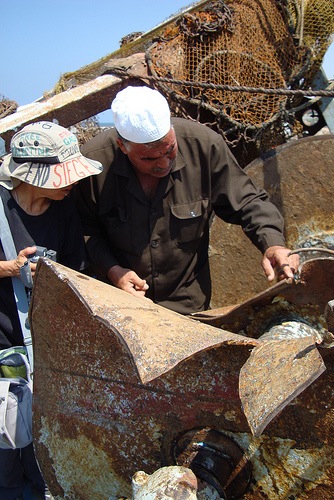