B’Tselem’s data indicate that security forces have adopted a practice of reckless firing of rubber-coated steel bullets in the West Bank, killing two Palestinians and injuring many more since the beginning of the year. 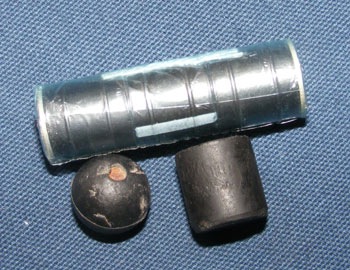 Since the intifada began, 21 Palestinians have been killed by rubber-coated steel bullet fire, a measure that is meant to be non-lethal.The organization has requested Attorney General Menachem Mazuz to stop the illegal firing and prosecute both soldiers and police officers who violate the Open-Fire Regulations and commanders who condone the trigger-happy attitude.

Early this morning, ‘Awwad Sadeq Sror, a mentally disabled father of four from Ni’lin, was severely injured when a soldier fired a cylinder containing three rubber-coated steel bullets at him from short range. B’Tselem’s initial investigation indicates that two bullets penetrated his skull and a third struck him in the chest.

The recent wave of similar cases, which led to B’Tselem’s request, raises the grave suspicion that soldiers and Border Police officers systematically breach the Open-Fire Regulations in their use of rubber-coated bullets, often with the knowledge and approval of officers. The request included a list of 19 cases B’Tselem has investigated in which soldiers and police officers fired rubber-coated bullets from potentially lethal short ranges, although the forces were not in a life-threatening situation. The organization also reported cases in which children were shot and in which security forces fired with the intention of wounding and punishing Palestinians.

B’Tselem knows of only one case in which an indictment has been filed against security forces for breaching the Open-Fire Regulations. The failure to prosecute offenders conveys to soldiers, police officers, and commanders that they will not be held accountable for killing or wounding Palestinians, and encourages a trigger-happy attitude among the forces.