Yousef Amira, shot in the head by Israeli forces in Ni’lin, has died

A Palestinian teenager, aged 17, who was left brain-dead on the 30th July after being shot in the head by Israeli forces, died this morning. His funeral will be held in Ni’lin later this afternoon. 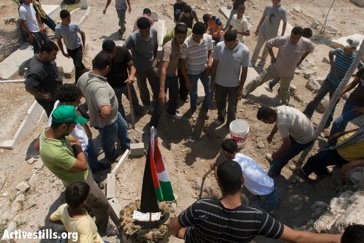 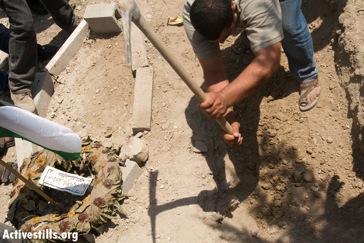 According to ISM volunteers staying in the village, confrontations broke out hours after Ahmed’s funeral. Villagers built five barricades of rubble and stones that blocked the main road into Ni’lin preventing Israeli forces entering the village. At about 5:30pm an Israeli bulldozer attempted to clear a path through the barricades. 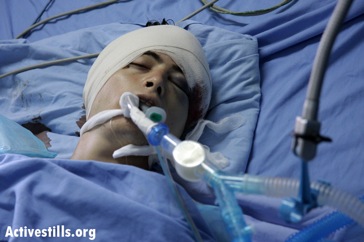 According to Israeli Human Rights organisation B’Tselem, “the minimum range for firing ‘rubber’ bullets is 40m… the regulations emphasise that the bullets must be fired only at the individuals legs and they are not to be fired at children…”.

For several months protests have been held at Nil’in against the illegal Apartheid wall that annexes approximately 2,500 Dunums of agricultural land. The people fear this latest land grab will make their village economically untenable.

Yousef is the 8th child and the 13th Palestinian killed protesting against the Apartheid Wall. The other 12 are:

To date, no soldiers or border police have been prosecuted for killing demonstrators.