Between the 23rd and 30th June, the farmers of the village Awarta, close to Nablus, challenged the threats of violence from settlers by constructing a well on their land close to the illegal settlement of Itamar. International human rights workers (HRW’s) participated in solidarity for the villagers right to reach their land. 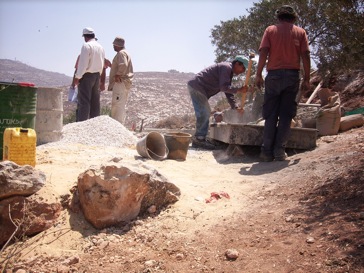 The work during the week was successful, though not without provocations from settlers. The army was present the first day but did not stop the work. The night of the 30th of June the workers had their tools stolen and concrete bags destroyed. They, however, managed to finish their work. The farmers are afraid that settlers might destroy their newly built well. 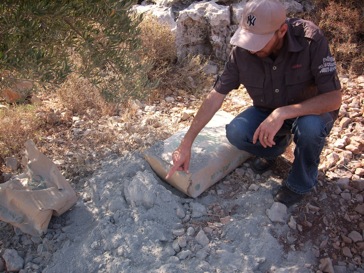 Many of the villagers of Awarta have long time been scared of going to their land close to the Itamar settlement due to settler attacks. Also the Israeli army has stopped them from reaching their land by prohibiting the villagers from using the only available road. The village has had much land stolen from the Itamar settlement. From an original 84 000 dunums, they are left with only 12000. Even to this remaining part of their land they cannot go without risking being forced off by the army or by settler violence.