The Israeli military has been slowly escalating its intimidation tactics in Beit Ommar in the last three days, often patrolling the streets at sundown, provoking youth by parking outside of the mosque and waiting for young boys to come and throw stones before shooting tear gas and rubber-coated steel bullets. The increasing terrorization of the village culminated last night at approximately 9:30 pm when a 17 year old boy, Mohammed Anwar Al-Alami, was shot in the heart and killed. 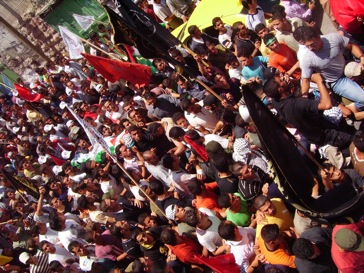 Soldiers first entered Beit Ommar yesterday at 4pm and began slowly circling the village, often stopping in the center of town, shooting a few tear gas canisters, but otherwise staying in their jeeps. They were not searching houses nor made any other indication that they were engaging in any authorized operation. Shortly after sundown, at approximately 9pm, they began arresting residents. Blindfolding and handcuffing 9 men in total and bringing them to the entrance of the village. 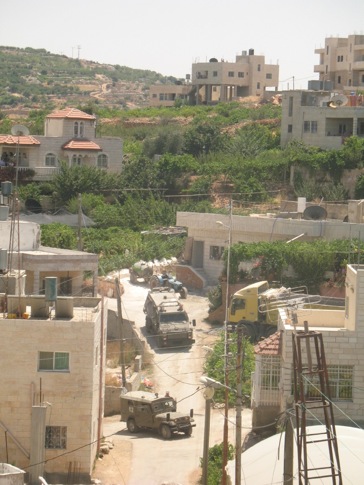 Four were later released, five remain in Israeli custody. Several more jeeps and Armored Personnel Carriers (APC’s) entered the village. Young boys began throwing stones and empty bottles which bounced off the armored military vehicles harmlessly. Still, for the Israeli military a rock against reinforced metal is reason enough to end the life of a young man, about to finish his final exams and graduate from high school. 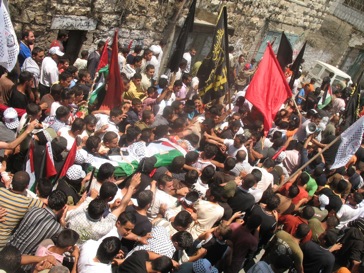 Mohammed was quickly rushed to the hospital, but he had been shot in the chest and the bullet entered his heart, killing him almost instantly.