New
Home / Reports / “Their independence is our Nakba”

“Their independence is our Nakba”

An Nakba (the catastrophe) commemorations continued in Nablus on Thursday 15th May, with approximately 500 people gathering in the main square of the city to demand their right to return home. Organised by the National Committee to Commemorate the Nakba at 60, in conjunction with many Nablus organisations, the official statement of the demonstration was “There can be no alternative to our return to our homes and properties.” 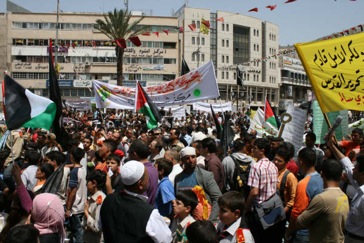 Commemoration of the Nakba – the catastrophe whereby approximately 700 000 Palestinians were forced to flee their lands in what is now Israel due to the onslaught of Zionist armies – fall on the day after the anniversary of the creation of the state of Israel; thus emphasizing the suffering that took place to enable the creation of a Jewish state – suffering that is still without relief. However, the mood of demonstration was defiant, rather than mournful. “Today we do not commemorate so that we can weep over what was lost; we come together to march forward; to march home.” 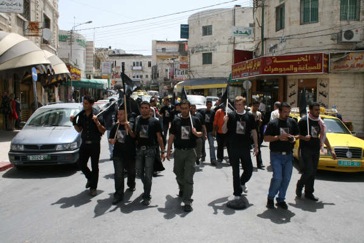 Children held up giant keys, the symbol of the Palestinian struggle for the right of return; as well as antique keys that have been carried by their families for the past sixty years. Children from Zawata held up a model of Israeli tanks and jeeps resting on a 200 year-old grain-sifter. They explained: “Before 200 years my grandfather used this for corn and wheat. With tanks and jeeps soldiers come everyday and damage the houses and the streets. It means we will come back; we must come back with these traditional tools, even though there are soldiers, jeeps and Armoured Personnel Carriers.” 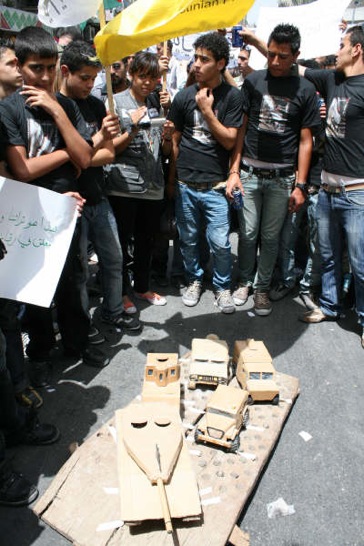 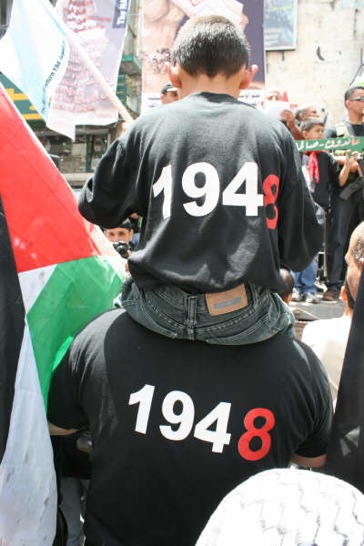 Report and photos by Mustafa Qadri 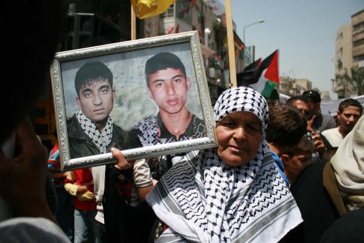