On Friday 18th April, 21 year old Hani Kabi, wanted by the Israeli army, was assassinated in a family home by Israeli army Special Forces in the refugee camp of Balata in Nablus. At 2am, over twenty Israeli jeeps entered the West Bank’s largest refugee camp, surrounded the neighbourhood of the old mosque in the centre of the camp, and invaded a number of homes nearby to where Hani was known to be located. 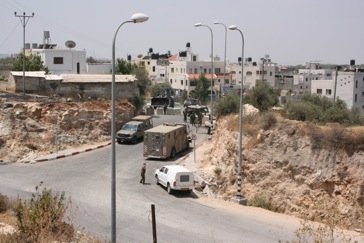 Hani was staying in the house of the Al ‘Arsi family, home to six families, where soldiers started shooting live ammunition through the bedroom windows while the family was asleep. The family were then forced out onto the street where soldiers threw sound bombs at the children, and repeatedly threatened to demolish their house. The entire family was then forced to strip naked, even the two and a half year old daughter, Malak, despite the cold. The soldiers were especially insistant the the elderly grandmother remove all of her clothes. Samer Abu Leil, aged 26 years, was arrested as was his 59 year old father, who was taken by the army. The family do not as yet know where the men are being held. 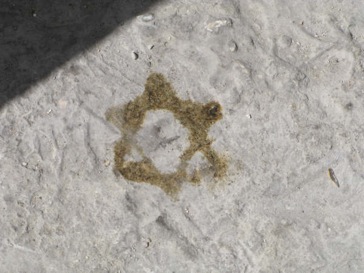 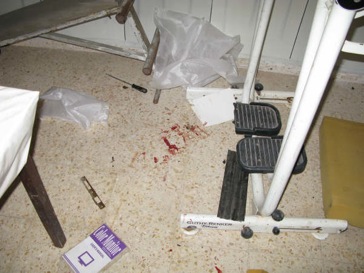 At the same time another nearby house was occupied, belonging to the Kassim family. Israeli soldiers broke the lock on the door and entered silently while the family was asleep. One male family member thought there were thieves in his house, and so went downstairs and began to attack the soldiers in the dark. He was quickly handcuffed and placed face-down in the ground, as were his brother and father as they came down in response to the noise. Soldiers told them all “if you say anything we will kill you.” Soldiers then proceeded to use the roof of the Kassim house to shoot at the Al ‘Arsi house where Hani was located. During the home invasion, the soldiers smashed the television and stereo, smashed windows and urinated all over the bathroom. When the residents asked why they were behaving like this, one soldier replied, “I can do anything I want.” This is not the first time the Kassim family have been subject to such an invasion, having gone through a similar experience just three months earlier.

This extra-judicial killing of Hani took place on the roof of the house, to which he willingly and peacefully went after knowing that the family were able to safely exit the home. According to the family, he apologised before he did so – “forgive me,” he said. “I’m sorry,” referring to the fact that his presence had brought Israeli soldiers to their house. He was killed with what residents refer to as an “inertia bomb”, a bomb fired from an M16 gun, and was then repeatedly shot as soldiers forced his friend Samer to watch. Family members have prevented Hani’s mother from seeing his body, as the damage to his face was too severe. Hani was in his final year of a French degree at An Najah university, and is survived by his parents, five brothers and four sisters. He was buried on Friday evening.