Once again settlers have attack Cordoba school in central Hebron. When the teachers and pupils arrived at the school yesterday morning they found their garden vandalized and big rocks lying on the pathway leading to the school. 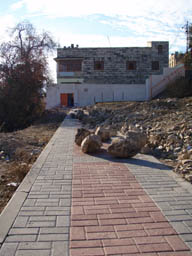 The school is situated opposite the illegal settlement of Beit Hadessah and has been subjected to repeated attacks from the settlers for many years. In August this year the school was set on fire by Israeli settlers, and has been under renovation for three months in order to deal with the damages. It is only ten days since the renovation was finished and the school has been attacked again.

The Israeli Occupation Force have an army post 200m from the school. Despite that fact that they are obligated under international law, and the Olso accords, to protect both the Palestinians and their property, the army have done very little to prevent the settlers from keep attacking the school. 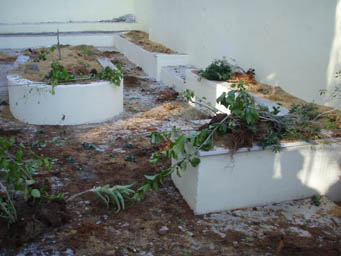