Victory for Bil’in and the Non-Violent Struggle 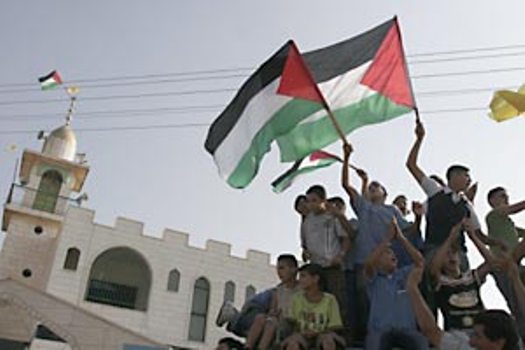 MEDIA ADVISORY: Victory for the residents of Bil’in village

Following popular non-violent resistance through joint struggle between Palestinian, Israeli and international activists, a court decision has been made in favor of the petition by Bilin village to change the current route of the Apartheid Wall.

The court decision dictates that the military are obliged to plan and implement a new route for the wall. It has been ordered that the new path will allow for all Palestinian agricultural land to be on the Palestinian side. Furthermore, the court has ordered that the state should not take into consideration the area earmarked for Stage B of the planned expansion of Matityahu East.

During the proceedings, it was of note that the court made a rarely heard reference to military considerations and security. The court stated that in respect of security considerations, the current route of the wall runs in a topographically inferior path thus indicating that the original route had been planned with the prime consideration being the planned expansion of the settlement rather than of security.

The Supreme Court decision comes after years of continued struggle and resistance to the illegal confiscation of village lands. It is seen as a victory for the path of non-violent resistance and joint initiative from both the Palestinian and Israeli participants.

Although today’s decision is seen a victory in the struggle against oppressive consequences of the Israeli Occupation and a victory for the villagers of Bilin, it is important to recognize that the route of the wall still deviates from internationally recognized armistice lines and is still in violation of international law, resolutions and advisories made within the International Court of Justice and within the UN Security Council.

For more information please go to the Israeli Supreme Court Website, www.court.gov.il
(unfortunately the decision is only in Hebrew)