July 6th, 2007. This afternoon, in the West Bank town of Bi’lin outside of Ramallah, approximately 70 demonstrators attempted to approach the annexation barrier which snakes through Palestinian land. The peaceful protesters included Palestinian members of the community, Israelis, and international observers from the International Solidarity Movement and the Scottish Palestinian Solidarity Campaign. Though the annexation wall has been completed in the area, the weekly protests against the wall have shown that resistance to the wall will not fade. 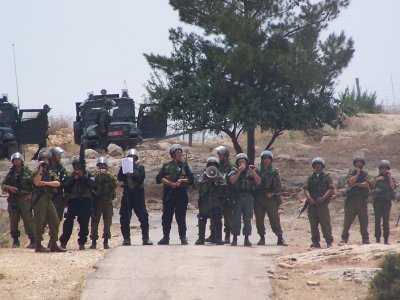 As the protest began, with chants and flags waving, the marchers were not able to approach the wall itself; rather, the IOF had blocked the road with barbed wire, and as marchers tried to cross, the soldiers unleashed a volley of tear gas and rubber bullets. A young Palestinian was shot in the foot and an elderly man was rendered unconscious by the fumes. The IOF continued harassing the peaceful demonstration until the crowd dispersed. 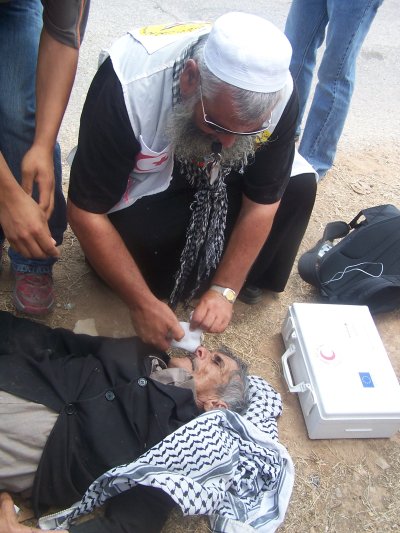