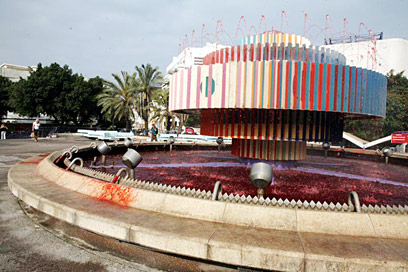 Anarchist activists sprayed red paint on walls across Tel Aviv Sunday night and added red paint to the water in several fountains, as an act of protest against Israel’s occupation of Palestinian territories.

IDF offices in Tel Aviv were “bombarded” during the night with red paint bombs, and the water in the fountains in Masaryk Square and Dizzengof Square were painted red. 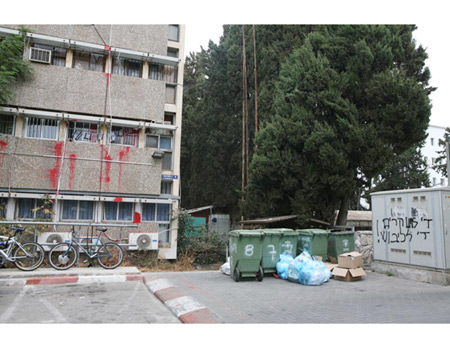 According to the anarchists, the paint represents “the blood of the thousands who were killed and the tens of thousands who were injured throughout the long years of occupation, and was meant to illustrate the scope of the killing that is being carried out by the occupation army only several dozen miles away from Tel Aviv.”

In a pamphlet distributed by the activists, they wrote, “We believe that after 40 years of murderous occupation, the Tel Aviv public no longer has the right to enjoy decorative displays while ignoring the crimes that are being committed in its name in the occupied territories on a daily basis.”

They invited the residents of Tel Aviv to dip their hands in the reddened water and “realize that these hands, which appear clean, are also stained with the blood of the occupied and the oppressed.” 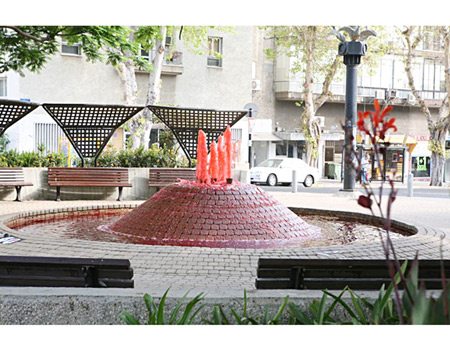 The Tel Aviv municipality said in response, “We don’t know who is behind these acts, but the responsibility and authority to handle vandals lies in the hands of the police.

“Regarding the fountains that were painted red, the filters should filter out the paint within 24 hours.’