Tuesday night May 8th, gigantic fireballs could be seen swirling in Askar refugee camp. But wait, it’s not what you’re thinking. The army hasn’t invaded quite yet… It was the Tel Rumeida Circus for Detained Palestinians who had invaded the Askar gymnasium and performed a fire circus for 300 kids from Askar camp. 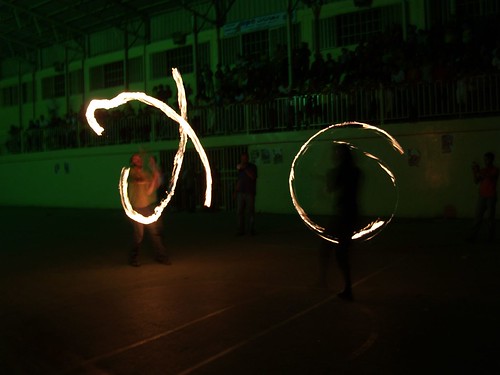 T.R.C.D.P. was invited by Hatem Hafi, the manager of the Nablus Center for Arts and Culture. The center teaches Palestinian folklore to children in dabke (traditional Palestinian dance), drama, French, English, painting, music, and more. 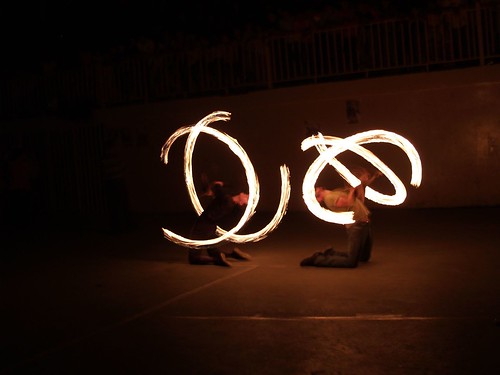 Hatem explained some conditions of the camp to the members of the T.R.C.D.P. and their posse. For example,13,000 Palestinian refugees in Askar are housed on 2.5 square kilometers of land. “At night, usually around 11 or 12, the army comes in and damages doors, and shoots at will. We don’t want money from the EU or the USA, we want time to live a good life, to be able to sleep at night.” Hatem has a one month old baby and says the baby cries when the army comes in and shoots.

“All societies work towards change, but Palestinians can’t because of the occupation,” he told us. There is a swimming pool for the camp, but right next to the pool is a checkpoint and people are afraid to go swim there because of its close proximity to the checkpoint. At this point, Hatem pointed out the sounds of a party outside. “They are having a party now, but they are not thinking about the party, because when it is over, the occupation will continue.” 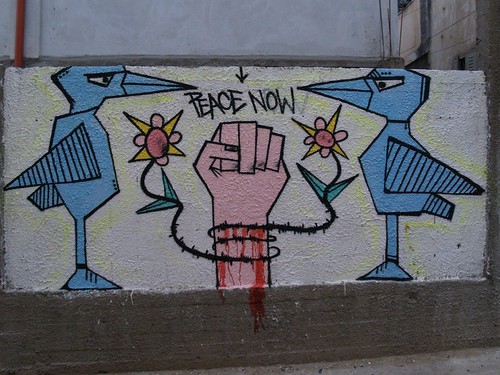 Hatem continued, “If you tour the West Bank, you’ll see the occupation’s effects on kids.” A study by the Gaza Community Health Programs found the rate of Post Traumatic Stress Disorder (PTSD) among Palestinian children showed that 54% suffered from severe PTSD, 33.5 % from moderate and 11 % from mild and doubtful levels of PTSD. Some symptoms of PTSD include restlessness, insomnia, aggressiveness, depression, dissociation, emotional detachment, and nightmares.

Besides PTSD, there are of course physical injuries. Like Jamil, the son of Abu Ashdi who was shot twice in the face by the Israeli army. Jamil lived but he’s completely lost his sense of smell. The family wants to take him out of the country for better medical attention but because eight members of his family are in jail, the Israeli government won’t grant the family permits to leave the West Bank. Abu Ashdi asked us if we knew of any human rights organizations which could help. We suggested Doctors Without Borders, but apparently they had already tried and had no luck.

Suddenly we were reminded of the reality of the occupation ourselves when Hatem warned us we should leave soon because the army would be invading shortly and we would not want to be caught in their line of fire. 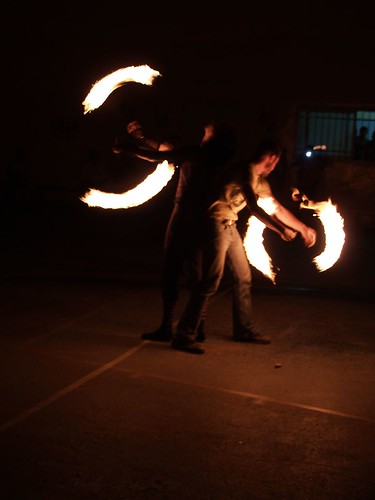 TRCDP was born when two members of the ISM began performing a circus routine for detained Palestinians at checkpoints.

Stated goals of the TRCDP are:
1) Entertain Palestinians who are detained at checkpoints
2) De-escalate tense situations where Israeli soldiers are abusing Palestinians
3) Un-detain Palestinians by the previous stated goals
4) Perform circus shows for Palestinian children who are otherwise deprived of a normal, safe, and happy childhood