Mohammad Abu Swai, who holds the deeds to this land, explains the situation in Artas village

Maybe it was because the word was spread, the call was headed, and 4 Israeli and 9 international solidarity activists joined Palestinians in the village of Artas today to resist the Israeli army’s demolition of a field of apricot trees in Jesus’ hometown of Bethlehem. 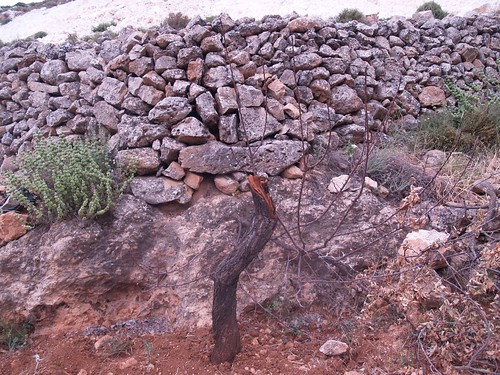 Or maybe it was because it started to pour down rain, equipped with lightning and thunder, causing not only the army, but also the activists to take shelter in the nearby caves. 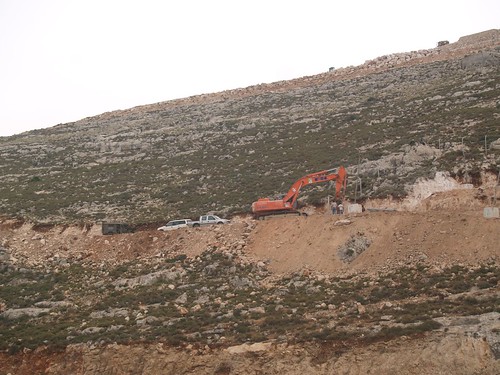 Regardless, the Israeli bulldozers will be back tomorrow morning, and the Palestinians of Artas village are still seeking the help of solidarity activists to join them in resisting these abhorring actions on behalf of the Israeli army.

The illegal Israeli settlement of Efrat is in the distance. The army is destroying this field of apricot trees in order to pave the way for a new sewage system for the illegal colony. The day before we arrived, contractors and soldiers lined the trees and land with markers, reading “10 meteres, 40 meters, etc,” leading all the way up to 150 meters. 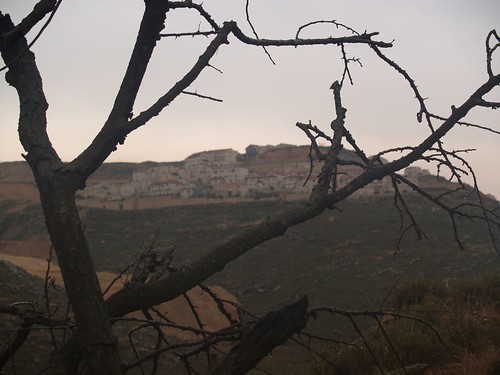 Some of us talked about making T-shirts that say “Don’t shit on our apricots!”

Artas is a beautiful village, as are her apricot trees and her people. As Israeli bulldozers ripped away the hilltop in the distance to make way for military roads, settler roads, and a place for the militarily-funded Bedouin security personnel to sleep at night and guard the construction site, farmers from Artas whipped up some delicious tea and thanked us all for coming to resist the demolition of their fields.

But the rain came and pushed all the soldiers away. Villagers from Artas believe they will be back in the morning.

We’ll be back there too.