New
Home / In the Media / ei: Torture: Read it in the Israeli Press

ei: Torture: Read it in the Israeli Press

Thanks to the Israeli press, people in Israel are informed regularly about their government’s mistreatment of the 4.5 million Palestinians under their rule. Most of the information regarding the occupation of Palestine and the oppression of its people is well documented and accurately reported in the Israeli press. But even the most serious offenses are given a “kosher” stamp, so to speak, once the word “security” is attached to them.

There are ample examples of this, but few are as striking as the one provided in the March 23rd issue of the Israeli daily Yediot Aharonot. In this issue, there is an interview with the retired Chief Interrogator of the Shabak, Israel’s internal secret security service, 79-year-old Arieh Hadar. Mr. Hadar admits to acts taken by the Israeli internal secret security service that have never before been revealed publicly.

Were Israel to be the democracy it claims to be, this man would be put on trial, or at least beg for amnesty in exchange for the damning testimony he provided. If Israel had the least amount of respect for human and civil rights, this interview would lead to an investigation and perhaps even arrests. But in the Jewish democracy men and women of this kind are above the law, and beyond incrimination. In Israel, the security apparatus is a sanctified system that no one dares to question, it is a world of shadowy heroes to whom Israelis are made to believe they owe their lives. Mr. Hadar is interviewed as a hero who served his country instead of a villain that brought it shame.

Most of the interview deals with violations of civil rights of Israelis, violations that took place in the early years of the state due mostly to the paranoia and McCarthyist tendencies of Israel’s first Prime Minister David Ben Gurion. Examples of blacklisting civil servants and military personnel who did not tow the line with Ben Gurion’s party Mapai; opening voting ballots to ensure that retribution followed dissent; and breaking and entering to dig up information on people deemed by Ben Gurion and others in the party as “enemies of the state.”

But as the interview continues, Mr. Hadar also touches on the issue of torture as part of the interrogation process. He mentions cases of interrogations where his agents lied in court about getting confessions through torture. “Since the suspects were Arabs the judges would always take our word over theirs” he says and continues to say that he found “Arabs were often glad to be slapped a few times” because it gave them an excuse to turn against their people and collaborate with the interrogators. He typically refrains from using the “P” word and refers to Palestinians only as Arabs or as terrorists.

This hero of the state who obviously takes pride in his work continues: As the work load increased around 1967 due to the increase of security threats involving “Arabs”, there was an increase in the use of physical force, which he says he regrets but claims that they had no other choice then, nor does any other choice exist today.

Mr. Hadar was not confessing his crimes in the interview, but rather priding himself in his good work. He describes an instance where a suspected terrorist was in the hospital after being shot. “He had one tube in his vein and a one going from his nose to his abdomen … the doctor on duty understood what we wanted, turned his back and said: ‘you do your work and I will do mine.’ At that moment I began tugging at the tubes. The suspect understood we meant business and immediately began to talk.”

According to this report, it is not only permissible to use torture even though it is illegal, it is also acceptable for a doctor, who has taken the Hippocratic oath (or is it an oath of hypocrisy) to turn a blind eye while these illegal acts are taking place. Clearly such a confession given by a high-ranking security official in Israel demonstrates one thing: that he knows he will never be brought to justice for his crimes.

Indeed Hadar was summoned in 1984 to appear before a commission that investigated the Shabak following summary executions of Palestinians who kidnapped a bus in Israel. He says he told the commission that: “applying physical pressure is clearly illegal, but regrettably there is no other option. I explained that these means, including hitting, sleep deprivation, mock executions, and exposure to extreme weather conditions for many hours were the only means at our disposal for getting to the truth … I told the commission that I do not feel good about it but someone had to do it.” In other words, it’s a dirty job, but someone’s gotta do it.

Sadly, it seems that Israeli society has accepted the role of partner in crime with people like Mr. Hadar. What separates Israel from its neighbors is not democracy or respect for human and civil rights: it is the discriminatory fashion by which these rights are denied. The insistence that acts of torture are illegal but inevitable and excusable in the context of Israeli security, point to Palestinians as the only possible victims.

The author, Miko Peled is an Israeli peace activist living in San Diego, California. His father was the notable Israeli general, Matti Peled. 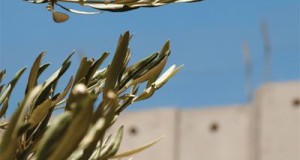