On Tuesday, March 20th, at 6 pm the Israeli army took a shepherd, Gandi Badder, to their military base. They claimed that they had called him down from the hillside but he did not respond. He says he did not hear anyone call him. The army charged him for failing to respond to an army order, and held him for an hour. He was beaten and threatened with knifes. Badder claims the army threatened to slit his throat and kill him.

At 7 pm, Badder was released and the soldiers went out and ordered ten families to leave their homes and stand in the street. The army claimed that someone was throwing stones from the roof. All the Palestinians involved deny that any stones were ever thrown. At 8:30 the soldiers again claimed that stones were being thrown, even though all the Palestinians were on the street and that it was clearly not possible for them to throw stones.

The following day, Wednesday, the soldiers came back to the same houses and yelled for the Palestinians to open the door. Yousef opened the door but the soldiers proceeded to smash the window on the door. 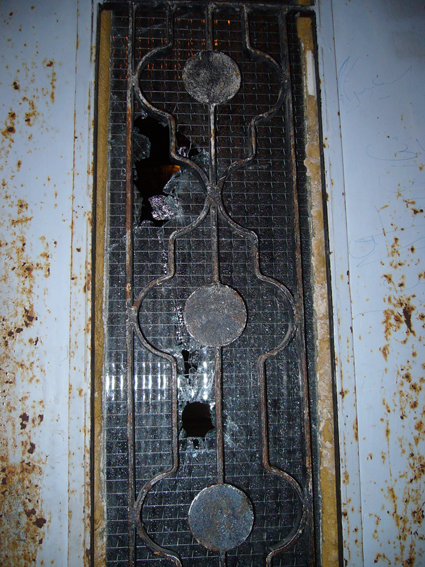 Soldiers demanded all four families in the building to leave, including women and children. One of the soldiers hit Yousef in the chest with the butt of his rifle. Three soldiers hit Idries, forced him against the wall and the Israeli soldier, named Nachir, kicked him on the leg. Idries told them that he was sick and showed them his bandages. They said, “You die !” They were very abusive to Idries, shouting, “FUCK YOUR MOTHER !”

They demanded that Yousef open the workshop door. He asked for a minute to get the key and they immediately began pounding on the door.

Two Human Rights Workers (HRW’s) arrived and started filming from Qorduba school. About 6 or 7 Palestinian men and boys were standing against a wall opposite their houses. Six soldiers were standing, holding them there. They asked the HRW’s where they were going and if someone had called them. After a few minutes they told the HRW’s to stop filming and took their camera.

Two additional HRW’s arrived from the other direction and began filming. Two soldiers started moving towards them and ordered them to stop filming. They started pushing and shoving them, shouting, “YOU DON’T FUCK WITH THE ARMY!” They pushed them against a wall, forced them to the ground and began kicking them. They cocked their rifles, pointed them at the HRW’s and demanded that they hand over the camera. The HRW’s huddled together to protect each other.

The soldiers forced them to lay face down on the ground and handcuffed them with plastic ties. They continued to kick them, slapped one of them on the back of the head and pulled his hair. While doing this they continued to abuse the HRW’s , and were shouting, “YOU DON’T FUCK WITH THE PARACHUTE REGIMENT !” During the abuse, one of the HRWs was struck on the forehead, possibly with the butt of the soldier’s gun. 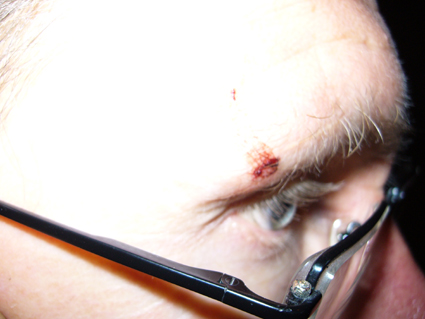 The Israeli army took the HRWs’ passports. A few minutes later, when the HRW’s were sat against the wall, the soldiers cut the ties and told them to leave or else they would get arrested for the night. When asked for what charge the soldiers replied, “for hitting a soldier,” which was a complete fabrication. The HRW’s moved away towards Shuhada street but continued to monitor the scene.

A little while later an officer came out of the army depot and questioned them about their names and nationalities. He asked them whether everything was OK. The HRWs replied that they had just been attacked by soldiers who were continuing to harass Palestinian families. The officer asked the HRWs to accompany him back to the houses. The officer questioned the soldiers and Palestinians as to what was going on. The four HRW’s demanded that their cameras and films be returned and they were.

The officer, whose name is Itomasi (Itomar?), questioned each of the HRW’s in turn as to whether they were OK. He apologized for the behavior of the soldiers and said that he was angry with them. The officer who had been in charge of the squad came over, introduced himself as Nachir and apologized for the behavior of his men. He offered to take the HRW’s back to the army depot for coffee but they declined. Both the officers apologized to the Palestinians and tried to calm them down.

The officers claimed that the incident began because they saw a laser light from a window and suspected that there might be a gun there. Nachir pointed to the window where he claimed to have seen the laser light. It was above the large workshop door and very high from the floor, making it nearly impossible for someone to stand there.

Itomasi replied that they would be denied leave and detained.