Tree planting as popular resistance in the Jordan Valley

It is surely a celebration. Everyone is bustling about, preparing for the day’s activities. But it is different than a typical celebration. Instead of carrying brightly colored drinks and holding plates of food, people are carrying shovels and pick-axes to plant seedlings as part of a plan to grow trees throughout the Jordan Valley. Palestinians consider trees as one of the most effective weapons against the Israeli occupation.

In the eastern heights area overlooking the isolated Jordan Valley, residents of several villages began this past Tuesday to plant different kinds of trees as part of the campaign “For a Green Palestine,” sponsored by a local foundation. The “celebration” was in full swing in the village of al-Aqaba, located at the head of the eastern heights of the Jordan Valley, and designated for demolition as part of settlement expansion. The residents are saying that they are planting trees as part of an ongoing popular resistance campaign.

It is expected that more than 3,000 olive and evergreen trees, delivered by the Palestinian Organization for Development, Dialogue and Democracy – “Wa’ad,” – will be planted in different areas around Tubas and the Valley. The coordinator of the organization, Mahmoud Issa, said, “Planting one tree in an area threatened by settlements is the most effective weapon to face the Israelis.” He added that several areas targeted by the Israelis will be planted with olive trees.

Rashid al-Debik, a local villager, was busy putting twenty seedlings in a cart, which he will be planting in front of one of the Israeli army’s bases adjacent to his village. He said that there is another forty dunums that he will try to plant if the Israeli army allows him to do so. Standing at the edge of al-Debik’s land, near a large hole dug by the Israeli army, one can see the vast area of the eastern heights. One man helping with the project said that one of the biggest problems he and others face is the shortage of water in the area.

Mohammad Hussein Jaber and other men from his family are busy moving olive seedlings and evergreen trees. In an area nearby, a bucket-shovel begins working, easily breaking through the moist soil. In less than ten years, the village of al-Aqaba, which had been occupied by Israeli soldiers and military camps, became a village bustling with people and replete with trees.

The head of the village council, Sami Sadeq, said that the residents took the decision to plant trees as a popular means of resistance. Sadeq is responsible for organizing the process of distributing the trees and planting them throughout the village.
Al-Debik is determined to plant his land that overlooks a military camp “I will plant and they [the Israelis] will uproot, but I will win in the end.”

However, soldiers denied access to those planting seedlings in a number of other villages nearby without offering a reason. Residents of al-Maleh village in the Jordan Valley reported that soldiers on duty at al-Tayaseer checkpoint at the entrance of the Valley barred them from transferring 200 olive tree seedlings to their village. In that area, residents suffer from a shortage of water resources to cultivate land. The area is under Israeli control in accordance with the Oslo accords.

Since 2000, Israeli forces have uprooted thousands of olive trees as part of its military policy. The construction of the wall has greatly damaged agricultural life in the West Bank, since wide areas have been confiscated or compromised by its construction. Reports indicate that the Israeli army has bulldozed more than one million trees in the past few years. 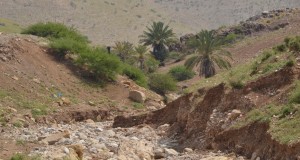 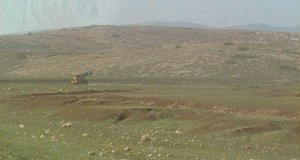