Today at Huwwara checkpoint Khaled Jarrar exhibited photos depicting scenes of Occupation life at checkpoints and the Wall. At 12 noon 40 photos were hung on the chain-link fence pedestrians have to pass as they enter Nablus.

Around 100 Israelis and internationals attended the exhibition, the second event in the 30 Days Against Checkpoints campaign, organised by Nablus group HASM (Palestinian Body for Peace, Dialogue and Equality). The forecasted rain held off until 2 pm.

Mohammed Dweikat, HASM Coordinator states: “We are doing this as Nablus is the most imprisoned city in the West Bank. Since 2002 it has only been possible to enter through six checkpoints on foot. It is even more difficult to exit. Men between 16 and 45 (it varies from day to day) can only exit their city with a special permit that can be obtained only outside Nablus. Almost nightly its citizens are the victims of violent military raids and their lives have not been peaceful, or normal for years.”

In the first action at Huwwara checkpoint on January 14th Palestinian youth dressed up as Native Americans and displayed banners linking the fate of the indigenous peoples of America and Palestine. 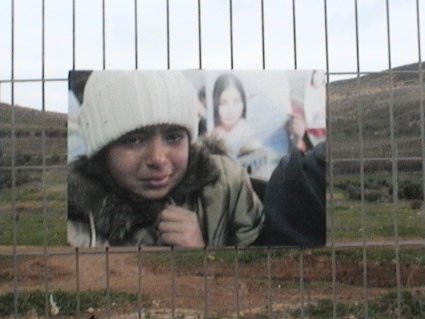 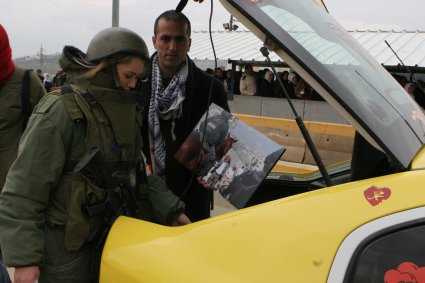